Cooperation under the Green Belt of Fennoscandia umbrella contributes to the implementation of the tasks set out in the international Convention on Biological Diversity.
GBF is based on cross-border cooperation aiming to conserve the biological, geological and cultural diversity simultaneously with promoting environmentally sustainable economic growth, bioeconomy, and social well-being.

In 2018, implementing the public contract to research # NI-10-23/119 of 21.11.2017 “SCIENTIFIC SUBSTANTIATION OF THE ESTABLISHMENT AND DEVELOPMENT OF THE RUSSIAN PART OF PROTECTED AREA NETWORK SHARED WITH NORWAY AND FINLAND” (ordered by the Russian Ministry of Natural Resources and Environment), Karelian Research Centre RAS and Kola Science Centre RAS have worked to prepare the feasibility study for the trilateral international cooperation on the development of the network of protected areas (PA’s).

The activities targeted the following tasks:


Green Belt of Fennoscandia is part of the European Green Belt.

European Green Belt is a movement for nature conservation and sustainable development along the former ‘Iron Curtain’. The term refers to both an environmental initiative as well as the area it concerns. At a meeting of European nature conservationists held in Germany in 1989, the agreement was concluded about conserving the corridor which was termed the European Green Belt (EGB). 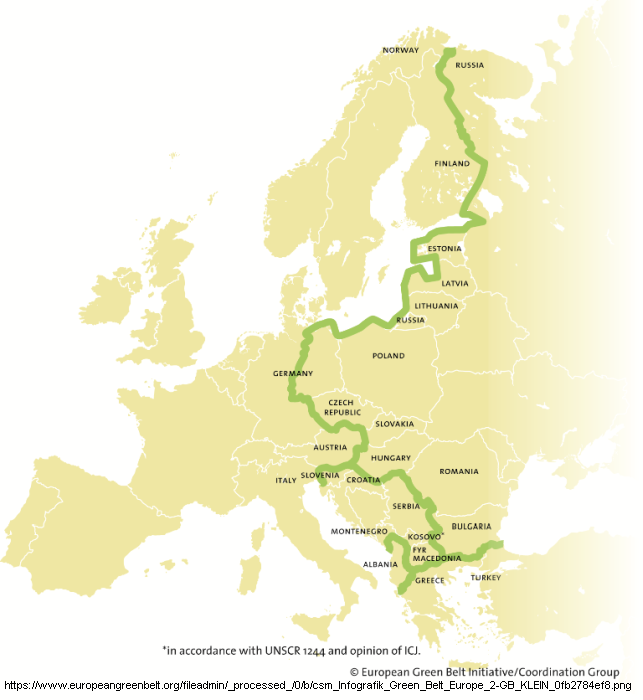 The aim of this initiative is to establish the foundations for the ecological network running from the Barents to the Black and Adriatic Seas. EGB traverses 23 states on a total stretch of around 8,500 km, and incorporates national and nature parks, biosphere reserves, and transboundary protected areas (over 3200 PA’s in total), as well as unprotected valuable habitats along or across the borders.
The initiative is carried out under the patronage of the International Union for Conservation of Nature (IUCN). 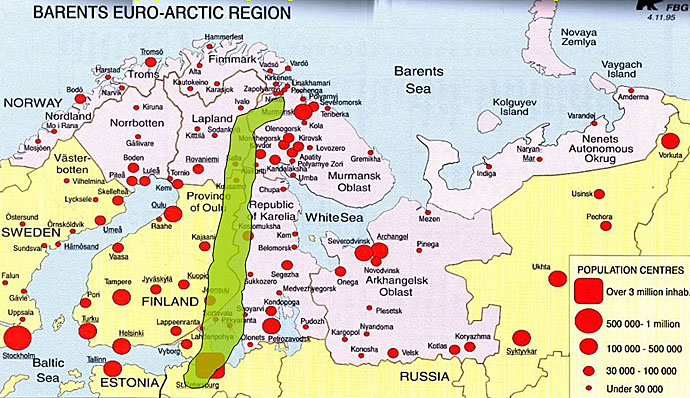